The annual Devon County Chess Association Inter-Area Jamboree took place on Sunday 13th January 2019 - this year it was hosted by the Newton Abbot club at the Courtenay Centre, Newton Abbot. Each team consisted of twelve players, with a maximum team grade of 1600.

I set out to try and balance the team with 6 players from South Hams and 6 from Plymouth which I eventually achieved.

We finished with 8 points which were evenly spread with 4 from South Hams and 4 from Plymouth. What more could I ask for? 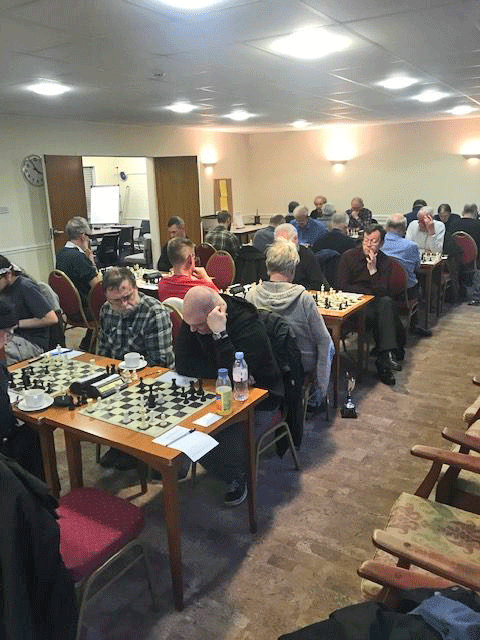 The event was held at the Courtenay Centre, in the room normally used by Newton Abbot for their club nights. It was cosy. 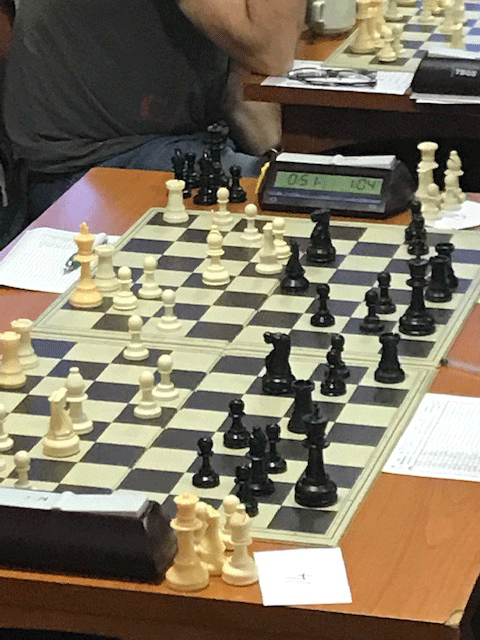 Boards 13 and 14 were actually touching. How on earth their Bishops didn't travel down the diagonal and capture a piece on the next board we don't know!

Here are the results:

So the scores by team were as follows.

All of the winning West team were present at the end to celebrate their victory. 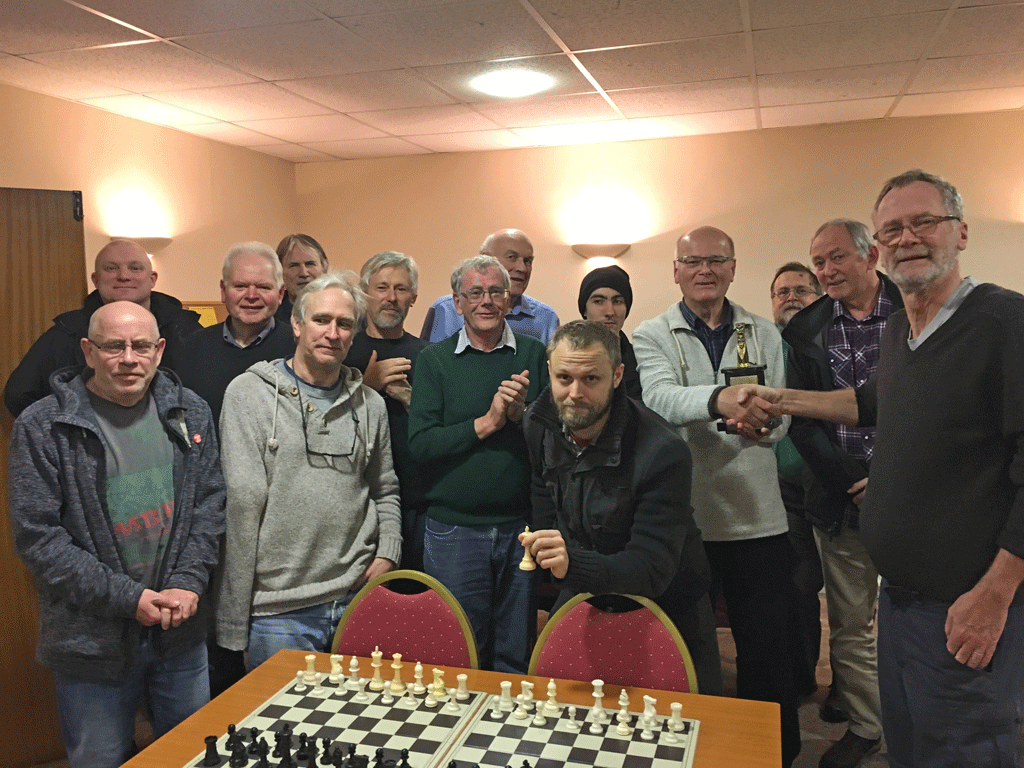 As usual, it was a very enjoyable event. Many thanks to Tony Tatam for his usual efficient organisation and for captaining the West team, and to Andrew Kinder and the Newton Abbot Club for their hospitality.