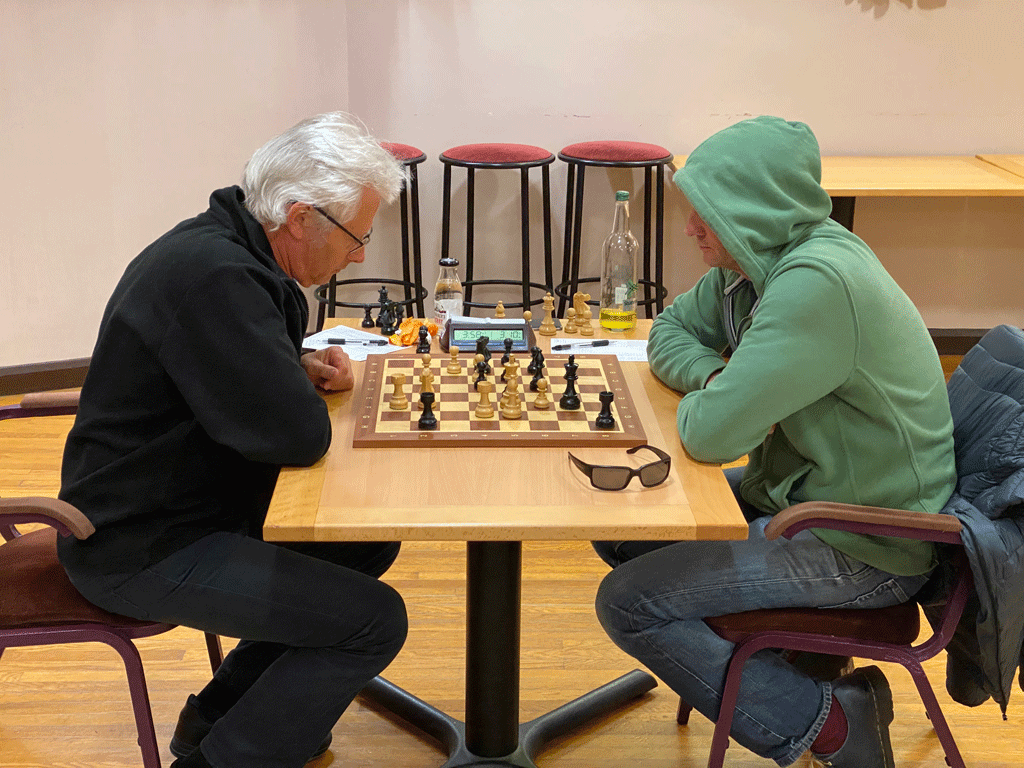 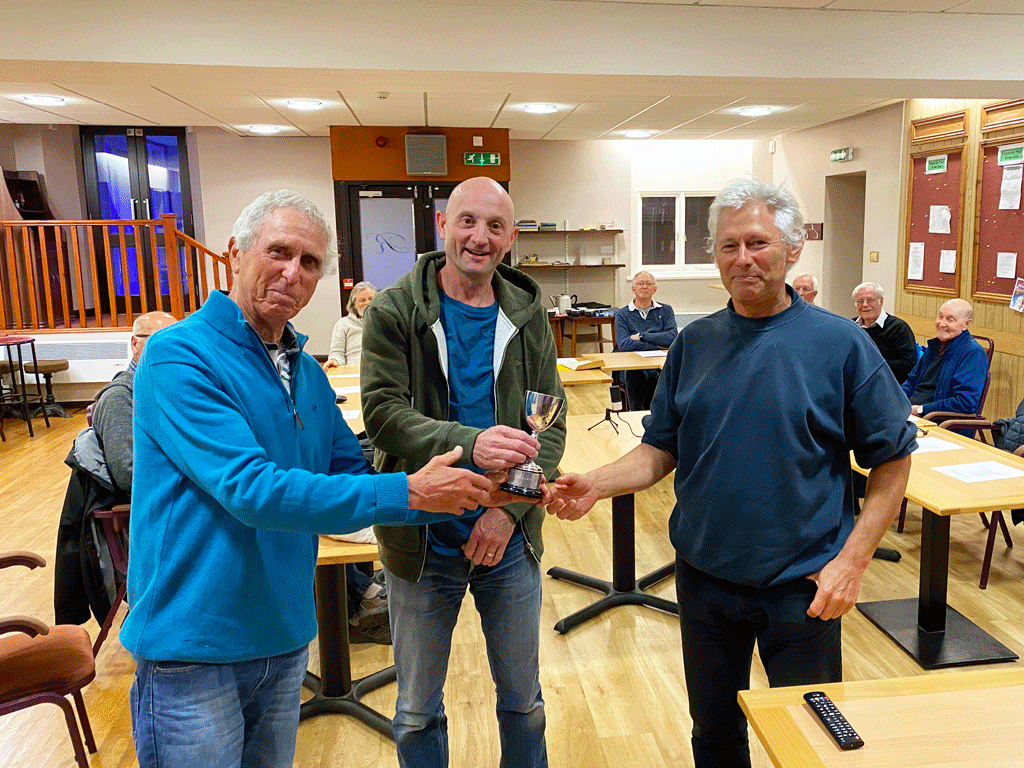 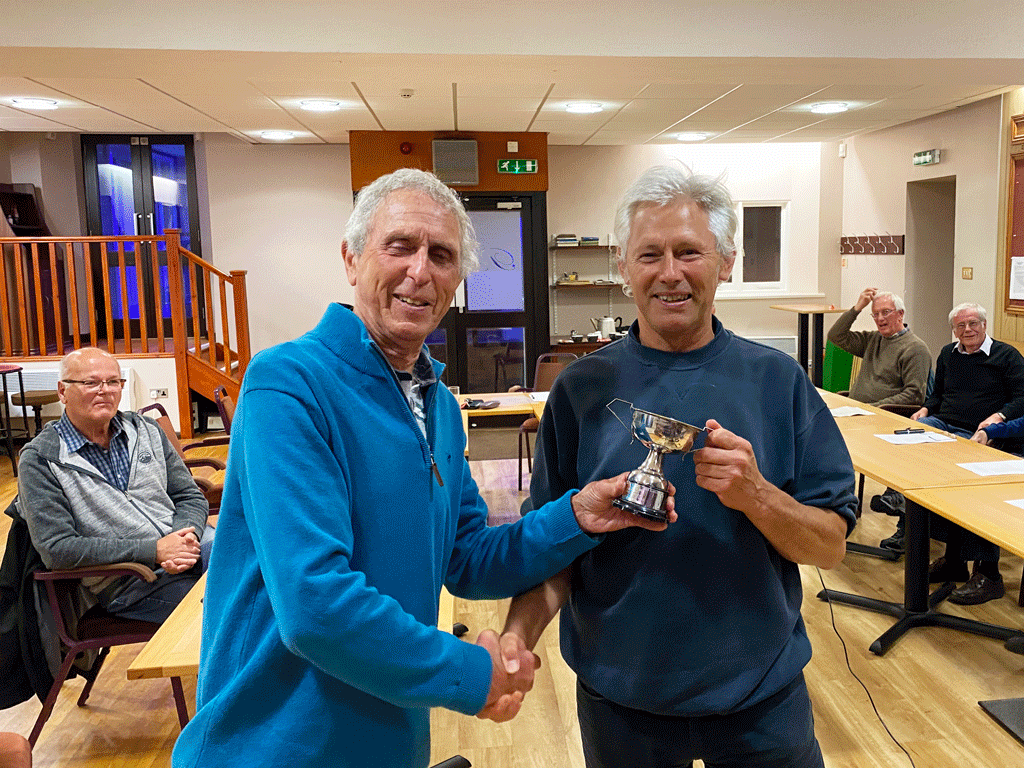 Thanks to the Covid-19, this has been a strange season. At the start, the majority of Club games were being played online; by the end of the season, most players were delighted to be playing over-the-board once more. Despite the disruption, members' enthusiasm for chess has continued unabated - 203 games have been played in the internal competitions, of which 152 were posted (and actively commented upon) on the Club website. Nearly 1,000 messages (many of them banter) have been posted on the members' Forum on the website.

In the first half of the Season, David Archer pipped Steve Levy by half a point, and thus both players qualified for the knockout stages. In the second half of the season, Steve Levy was the winner, while Phil McConnell and Tony Tatam also qualified for the knockout stages. In the knockout semi-finals, Steve beat Phil and David beat Tony, setting up a "clash of the titans" in the two-game final. When David beat Steve in the first game, there was a real possibility that Steve's 6-year run as Club Champion might come to an end. However Steve won the second game (photographed above), which means that Steve and David were declared joint Club Champions - a very fair reflection of the season.

The Club's knockout competition produced the same four semi-finalists as the Homan League - and the same two finalists. In the final, Steve Levy beat David Archer with both the white pieces and the black pieces, so becoming the Cokworthy Cup winner for 2021‑22.

The Torbay Chess League operated on a smaller scale than usual, with two league divisions and a knockout competition - all played over-the-board. South Hams fielded a team in all three competitions.

Division A went right down to the final match of the season between South Hams and Newton Abbot A. The winner of that match would have taken the trophy, but as it turned out the match was drawn, leaving Newton Abbot B as champions.

In Division B, South Hams needed half a point from their last match (away to Torquay Boys' Grammar School) to win the title. However all credit to TBGS who won 2½ - 1½, and as a result the title was shared between TBGS and South Hams, both teams having identical match points and game points.

In the Knockoput competition, South Hams were the winners, beating Newton Abbot 4 - 2 in the semi-final, and TBGS 3½ - 2½ in the final.

Full details are on the ECF League Management System.

While there is no certaintainty about the course of the Covid-19 pandemic, and present the Club is looking forward to a full season of over-the-board chess in 2022-23.